+ headline
A Brief History of French Cuisine Ready to feed your mind? Here is a brief history of some French cuisine to get you started on your culinary journey! 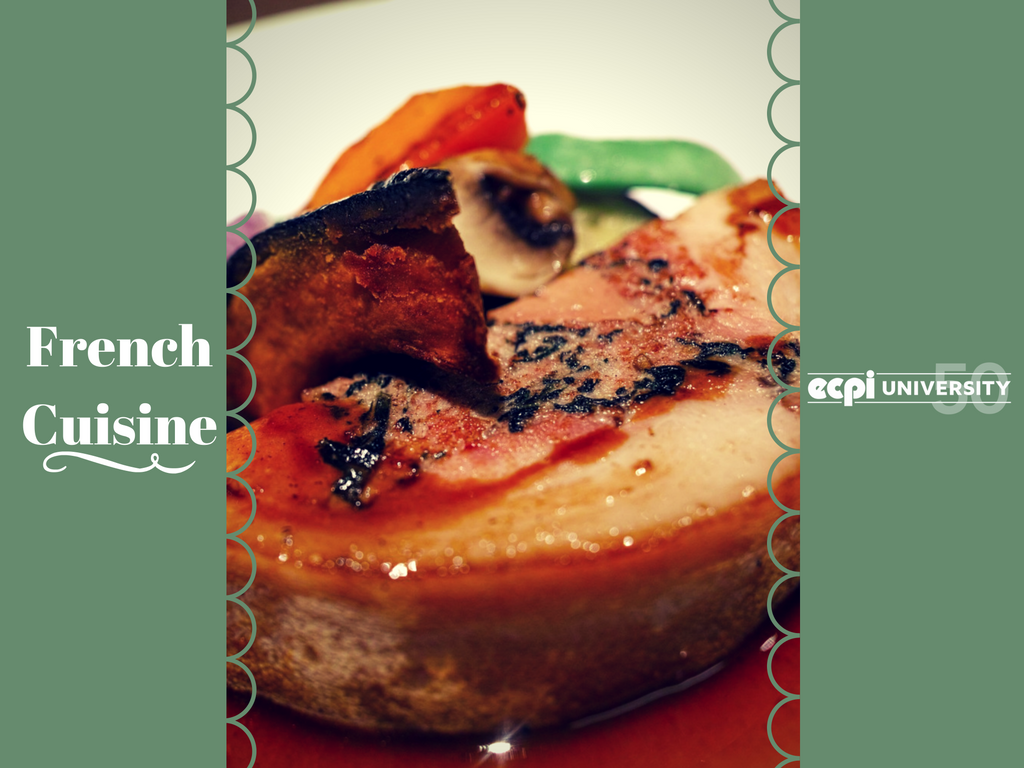 Food lovers, unite! When you think of fine food, you may well think of French cuisine, but how did this type of food become so highly revered? As a culinary arts aficionado, you may enjoy culinary school where students not only study how to prepare food, but also explore the history and culture behind food. Ready to feed your mind?

Here is a brief history of some French cuisine to get you started on your culinary journey!

Back in Time: Medieval Cuisine

The historical background of French food goes back to the medieval times. During this era, French cuisine was fundamentally the same as Moorish Cuisine. It was availed in a manner called service en confusion, meaning that meals were served at the same time. Meals comprised of spiced meats including pork, poultry, beef, and fish.

Meals were dictated by the season, and the kind of food that was in abundance. Meats were smoked and salted for preservation, vegetables were salted and put in jugs to save for the winter months.

During this time the presentation of the food was also critical. The richer and more beautiful the display, the better. Cooks would utilize consumable items including egg yolk, saffron, spinach, and sunflower to add color. One of the most unrestrained dinners of this time was a peacock or roast swan, which was sewn back into its skin and quills to look intact. The feet and nose were plated with gold to finish the exhibition.

Moving Ahead: Influences in French Cooking

During the 15th and 16th centuries the French were influenced by the progressing culinary arts in Italy. Much of this happened because of Catherine de' Medici (a Florentine princess) who married Henry duc d'Orleans (who later became King Henry II). Italian cooks were light years ahead of French culinary specialists. These chefs had started making a variety of dishes including manicotti and lasagna. In addition, they had tested the use of divine ingredients like garlic, truffles, and mushrooms.

When Catherine wedded King Henry II, she brought her Italian cooks to France, introducing Italian culinary practices to the French court. Despite the fact that the culinary cultures of these two nations are vastly different, the French owe a lot of their culinary advancement to the Italians and their innovations in the 1500s.

The period between the 16th and 18th centuries was called the Ancien Regime, and during this time Paris was alluded to as a focal point of culture and activity, including culinary activity. In the Ancien Regime, distribution was managed by the city government as societies, and these organizations set up confinements that permitted certain food businesses to work in assigned regions.

Guilds were isolated into two groups: individuals who provided the raw materials to make food, and the general population who sold already prepared food. The restriction set up by societies hampered the advancement of culinary arts during this time, by limiting certain gourmet experts to allotted territories.

The Advent of Haute Cuisine

During the 17th and 18th century, there was an advancement in Haute Cuisine or simply "High Cuisine", and its origins can be discovered in the recipes of a gourmet specialist named La Varenne. He was the writer of what is referred to today as the first "true French cookbook".

Not similar to the cooking styles of the medieval times, Verenne's cookbook (Cvisinier François) had new recipes which concentrated on modest and less extravagant meals. It was a popular trend all through the historical background of French food, with more culinary specialists continuing to tone down on the plenitude of a meal, and concentrating on the ingredients in the food.

The French Revolution Brings Many Changes

The French Revolution initiated a defining moment in the food industry, as it instigated the fall of guilds. With guilds no longer functional, any French cook could create, as well as serve, any kind of food product they wished. This led to a type of enlightenment inside the French food industry. More gourmet specialists started to explore different avenues regarding types of ingredients and cultivation of meals.

In the late 19th century and mid-20th century there started a modernization of haute cooking. Much of this new food owes its improvement to Georges Escoffier Auguste. Auguste was chef and a proprietor of numerous restaurants, and in addition, a culinary writer. A lot of Escoffier strategies in modernizing haute cooking were drawn from the formulas invented by Marine-Antonie Carême, a pioneer of grande cuisine.

By streamlining Carême's formulas and also including his own particular touches, Escoffier was able to discover a modern day French cuisine. In his endeavors to modernize French food Escoffier additionally established a framework to organize and manage a modern kitchen, known as mise en place. 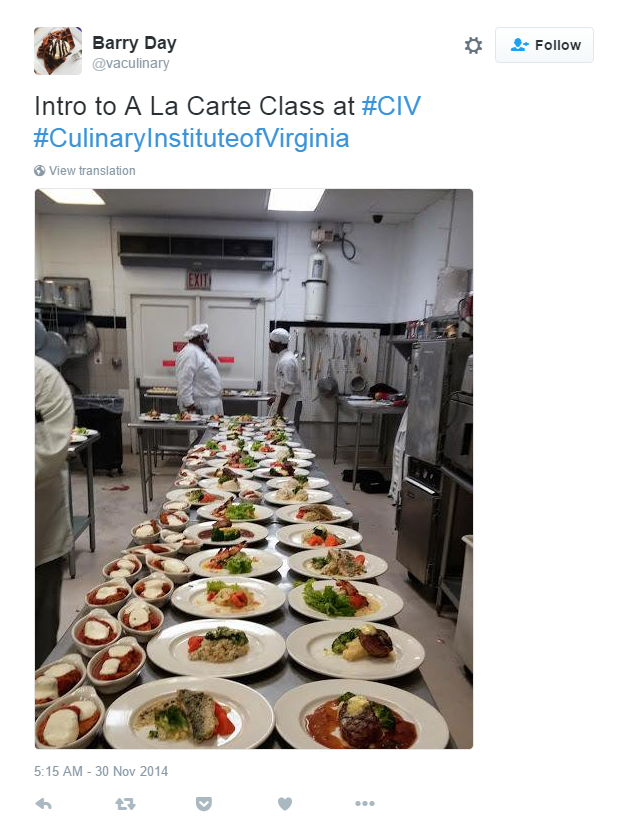 If you would like learn more about cooking, cuisine, and the culture of food, consider ECPI University and our Associate of Applied Science degree in Culinary Arts. With an accelerated schedule and year-round classes, you could earn your degree in as little as 15 months. For more information, contact an ECPI University admissions representative.