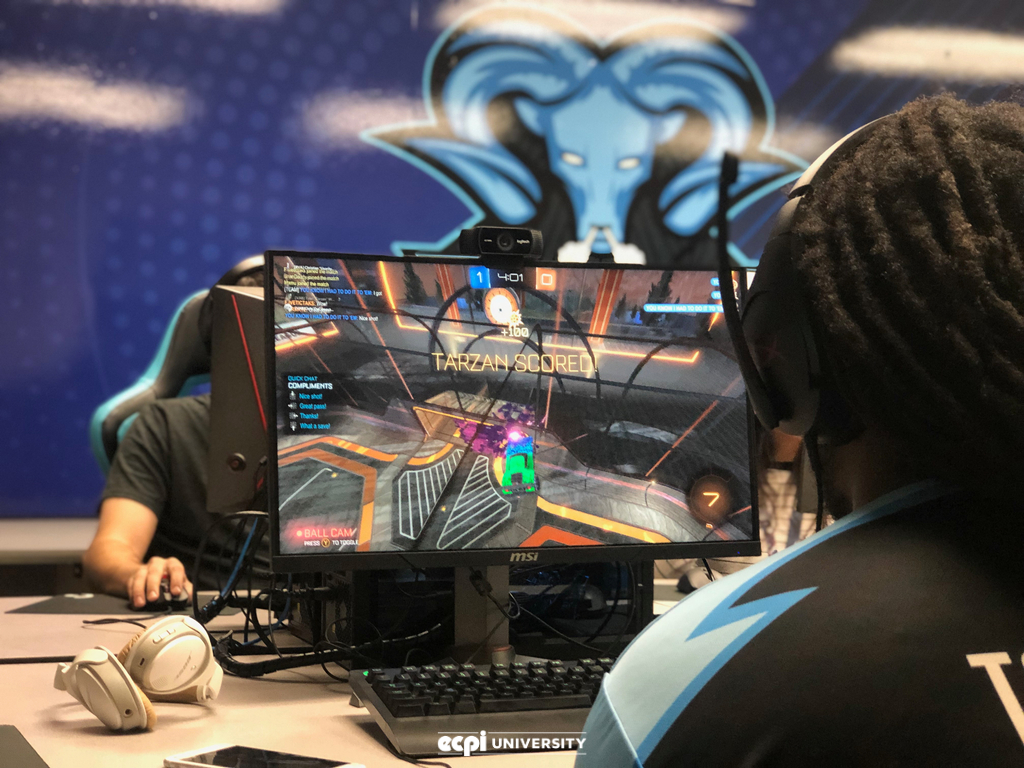 The ECPI University Rams played eight matches this past week, going 4-4 in those matches. The Rams went 2-1 in Overwatch, 1-1 in Hearthstone and 1-2 in Rocket League.

The Rams' Overwatch team were scheduled to play against Mansfield University on October 9, but Mansfield forfeited, resulting in a 2-0 win for the Rams.

They then had a doubleheader on Saturday, October 12, against Baker University and Molloy College. Game 1 against Baker University went 2-0 to the Rams in dominate fashion. Nicolas "Sp00d" Patzig's Reaper was a force to be reckoned with. On the assault point of King's Row, the Wildcats tried running a bunker composition with a Baptiste, Bastion and two shields.

The Rams rotated around and charged at the Bastion with both shields and Spood made the most of not being targeted. He got in close and was able to pick up a triple kill and win the point for the Rams. The team then rallied together to finish up the match with a solid Mei wall from Andre "AchillesWG" Vargas.

The second game against Molloy College ended in a 0-2 loss, but it was very competitive. The control map, Busan, went 2-1 on the map. The Rams had some nice plays, like this team kill to open up the MEKA Base point. On King's Row, the second map, Nick "finatic2112" Hurtienne helped the Rams push into Point C using a cleverly placed halt on the enemy B.O.B.

The Rams lost in a Rocket League Doubleheader Monday, October 7, to the University of Louisiana Ragin' Cajuns (0-3) and the Pennsylvania College of Technology Wildcats (1-3). The Rams fought hard and can take away a number of positives from the matches.

Unfortunately, the Rams did not score in any of the three games against the Cajuns. However, it could have been worse. The Rams played solid defensively, registering at least four saves in each match. Christian "Uxority" Loran picked up seven saves in the series, equaling the total he had in his previous 12 games combined.

The second match was against the Wildcats. In Games 1 and 2, the Rams registered 12 shots and scored three times. All three Rams players registered shots in each of the games, just couldn't capitalize.

In Game 3 against the Wildcats, Michael "X804X MikeyT" Torres took matters into his own hands, taking five of the six shots and scoring all four goals. He became the first Rams player to score four goals in a single Rocket League match this season.

Game 4 was a tight one the entire way, even going into overtime, our first such game this season. X804X MikeyT picked up the play of the night, an air dribble through the Wildcat defense to score the Rams' only goal in Game 4. The Wildcats picked up the game winning goal 47 seconds into overtime.

The third match of the week was on October 9 against Culver-Stockton College. Due to some technical difficulties, Culver-Stockton played part of the match in protest. The Rams wound up winning the series 3-2. Here is a video explaining what happened.

Hearthstone Team Tastes Victory and Defeat in the Same Week

The Rams went up against Liberty University on October 8 and fell to them 3-1. The Rams held their own and fought hard. Game 1 Liberty's Murlock Paladin was on the ropes until they drew Tip the Scales, which allows them to play seven Murlocks immediately, taking board control. The Rams could not hold off the Murlock synergy in Game 1.

Game 3 was the lone win for the Rams. The Rams ran a Holy Wrath Paladin deck and it paid off. They tried running the same thing in Game 2 and came up just short on the Holy Wrath/Shirvallah combo. In Game 3, they were able to pull off lethal by using the appropriate combo and using a Hero weapon to finish off Liberty.

The second Hearthstone match of the week was October 9 against Mansfield University. The Rams easily defeated the Mounties 3-0 and had no issues taking care of the series.

The Rams have another full week of esports matches, all on their esports schedule page. The next match is Monday, October 14, in Rocket League competition. All matches are broadcast on the ECPI University Twitch page.

Relive the Best Moments with Plays of the Week

Do You Have What it Takes to be an ECPI University Ram?

If you could see yourself battling for digital glory, consider trying out for the ECPI University Rams! Whether a current or prospective student, visit our official Esports page today to learn more about the teams and fill out the tryout form!