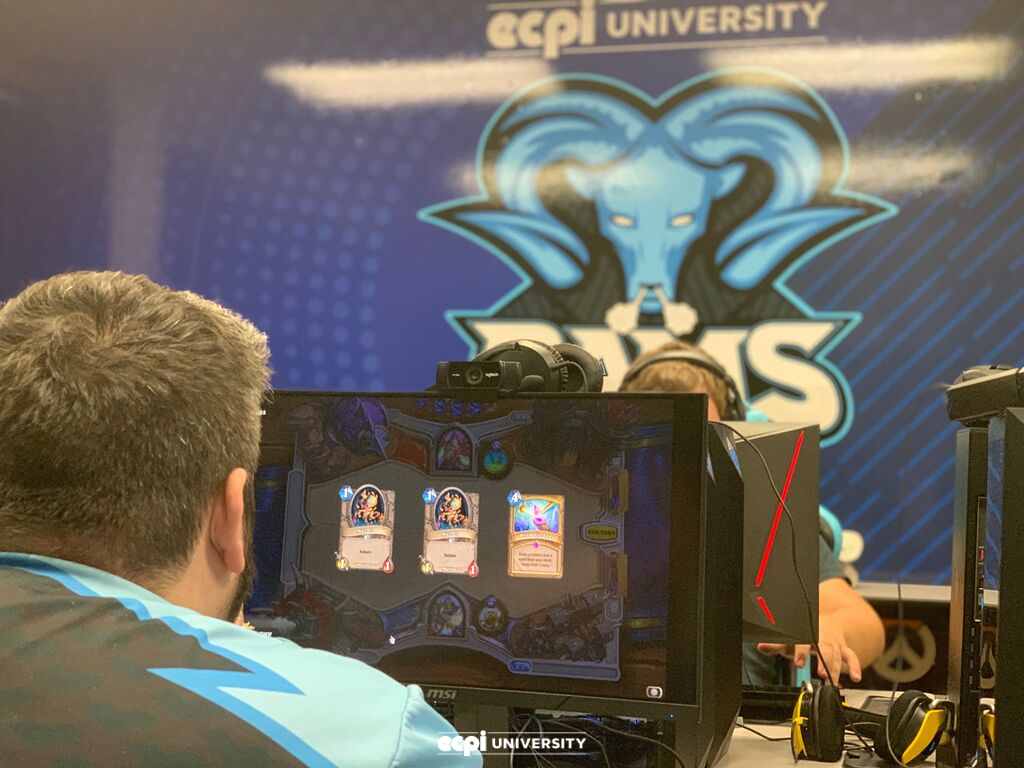 The ECPI University Rams lost against Penn State University, 0-3, in its third Tespa Hearthstone Collegiate Championship Fall 2019. The Rams are now 1-2 this season.

D'metre "SenorPoppy" Pina started for the Rams with a Control Warrior deck up against Penn State's Quest Druid. SenorPoppy was able to fend off early attacks from the Nittany Lions and was a turn away from getting off Dr. Boom, Mad Genius, a card which allows all mechs for the rest of the game to attack immediately after they are played.

Penn State did not let that happen, playing Swipe, a card that deals four damage to a target, twice, delivering the lethal blow and giving the Nittany Lions Game 1.

Weldon "PriestW20" Hobbs took his Quest Shaman deck into Penn State's Quest Shaman deck in a mirror match. PriestW20 could not recover following Penn State's RNG luck. The Nittany Lions played Mutate, which changes a minion into a card of one more mana cost. Penn State landed a minion with a 7/7 stat line by Turn 4. PriestW20 was on the back foot and never found his footing, losing Game 2.

PriestW20 went into Game 3 again with a Quest Shaman deck, playing into Penn State's Highlander Hunter. Penn State were able to build an 8/6 stat line Ursatron by Turn 4 using a couple of magnetic cards. The Ursatron had both taunt and Lifesteal, allowing the Nittany Lions to heal and protect their health points.

Just as PriestW20 was able to clear the board and take control, Penn State played Dinotamer Brann, who could summon King Krush (8/8 rush) if there are no duplicates in the deck. The Rams were unable to keep up with the pressure and the Nittany Lions played Lifedrinker, Steady Shot and Kill Command, dealing 10 damage and the lethal blow.

All ECPI University Rams matches are broadcasted on the Rams' Twitch Channel.

How good is your RNG? If you want to become an ECPI University Ram, check out the official esports page for more information.