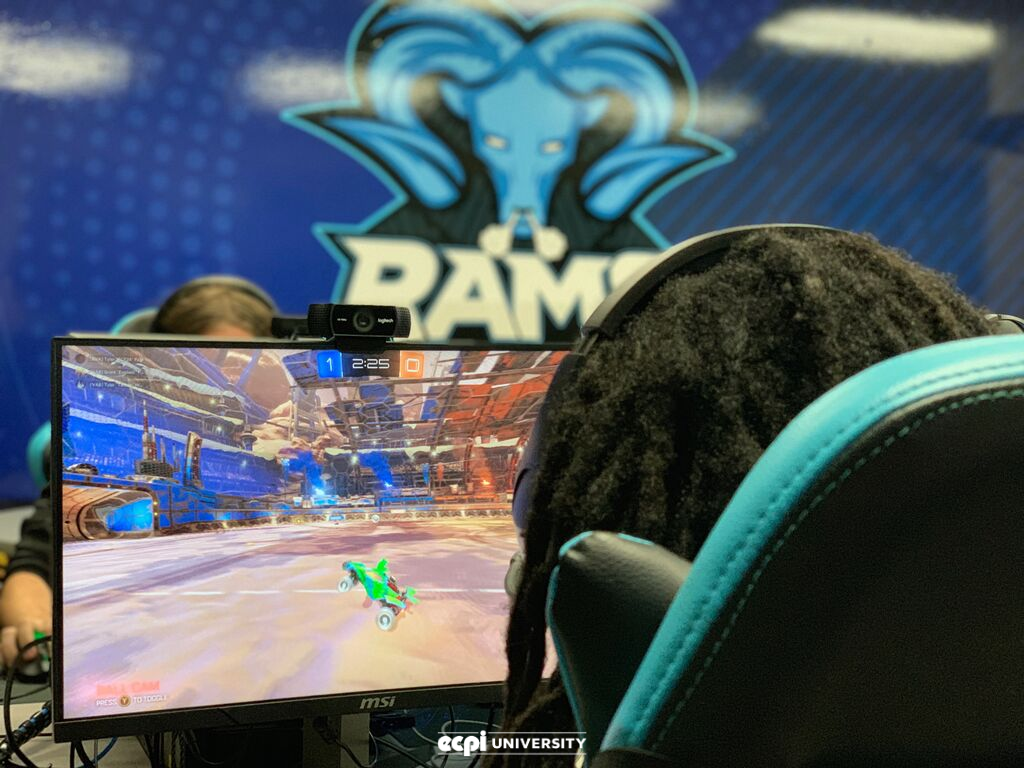 The ECPI University Rams scored at least three goals in each game of its 3-0 sweep of Northwest Christian University Monday, improving its NACE Rocket League Championship season record to 2-1.

Game 1 was a Rams rout, an 8-0 win. Each player took at least three shots and all three of the Rams' players scored multiple goals. Both Christian "Uxority" Loran and Christopher "DeCareaux9" DeCareaux recorded hat tricks with five of the eight goals scored in the final 1:33 of the match, including three goals in 26 seconds.

Michael "X804X MikeyT" Torres registered three assists and three saves, playing solid defense and denying a lot of NCU attacks. Though often unnoticed, X804X MikeyT comes up with solid defensive plays. He's made 10 saves in matches this season, most on the Rams. He also provided at least two assists in each match, upping his team-high total to 11 assists on the season.

DeCareaux9 brought consistent pressure in the NCU side of the field all night. He led the team with four shots in Game 1, and registered at least 3 shots in each of the games. In his first series versus Davenport, DeCareaux9 scored three goals in all five games combined. Monday, he scored five in three games.

Throughout the entire night, Uxority could not be kept out of the back of the net. He scored eight goals in all three games, including hat tricks in Games 1 and 2. Most notably, he air-dribbled NCU for the game winner in Game 2, before adding his third to seal the win.

Game 3 was a 3-1 victory for the Rams, with two goals from Uxority and another from DeCareaux9. The duo combined for 11 shots and constant presence in the NCU net.

The next NACE Rocket League Championship season match is Thursday, October 3, at 8 PM EST and will be broadcasted on the ECPI University Twitch channel. The next Rams esports match is Tuesday, October 1, at 8 PM and it is our Hearthstone team going up against Penn State University.

Are you a video game fanatic and want to play competitively? If you want to become an ECPI University Ram, check out our official Rams webpage and click the "Ready To Play?" button to fill out the form! Will we see your gamertag on a match summary soon?