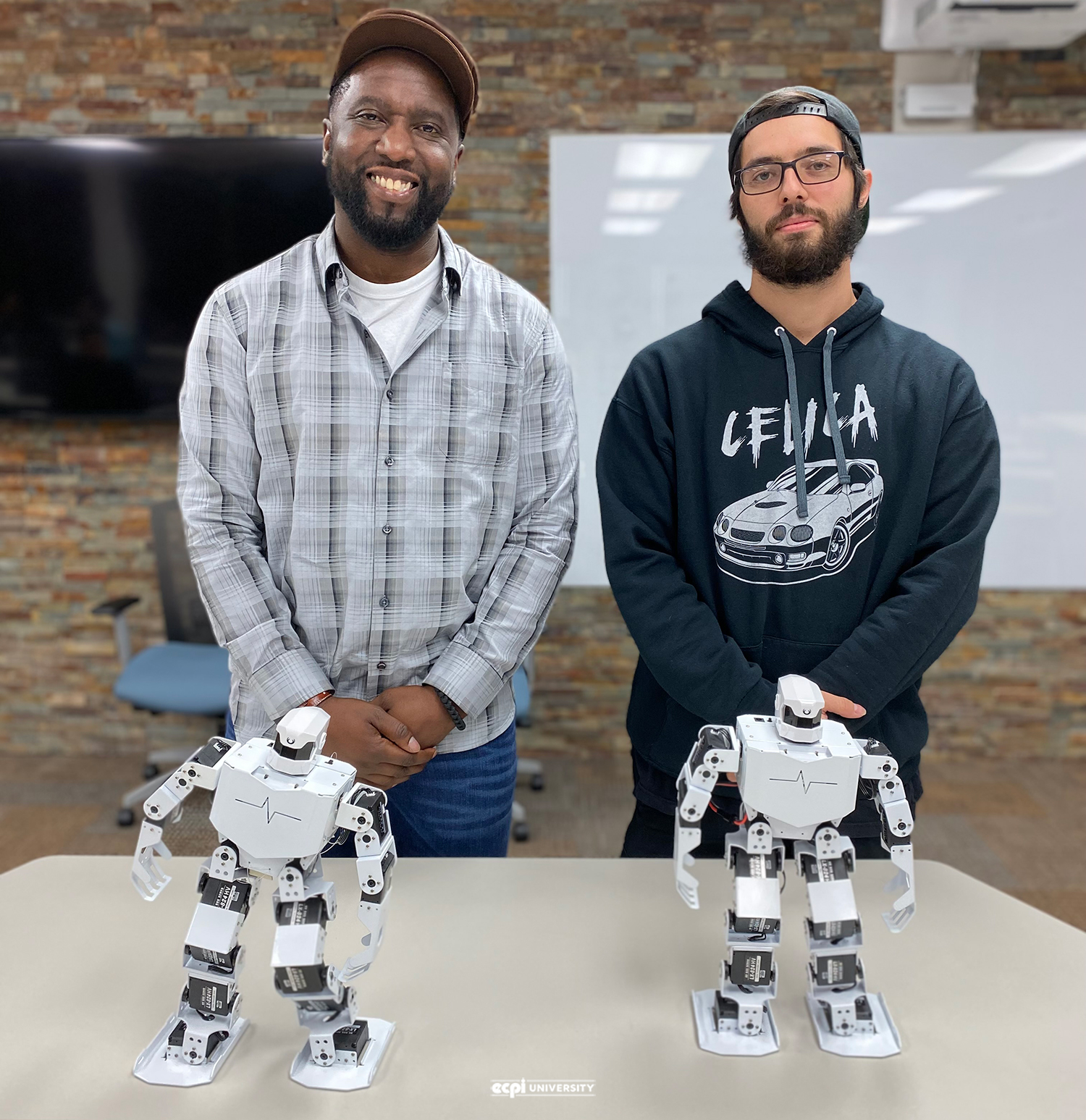 ECPI University was transformed this fall into a robot dance party.

No, the machines haven’t taken over (yet).

It was simply our Electronics Engineering Technology (EET) students showing off their programming skills with a robot dance-off for ECPI University’s Tech Month.

EET students from every ECPI University campus were invited to participate in the robot dance competition. The university provided the robots; the students programmed the moves. The top three finalists – from the Columbia, Raleigh and Virginia Beach campuses – were posted on social media for the public to vote for their favorites.

Shives and Ayers were excited to win a pair of Raspberry PIs, an extremely customizable piece of machinery about the size of a credit card. When asked what they planned to do with them, Ayers excitedly answered “Literally whatever we want. It’s open source!” 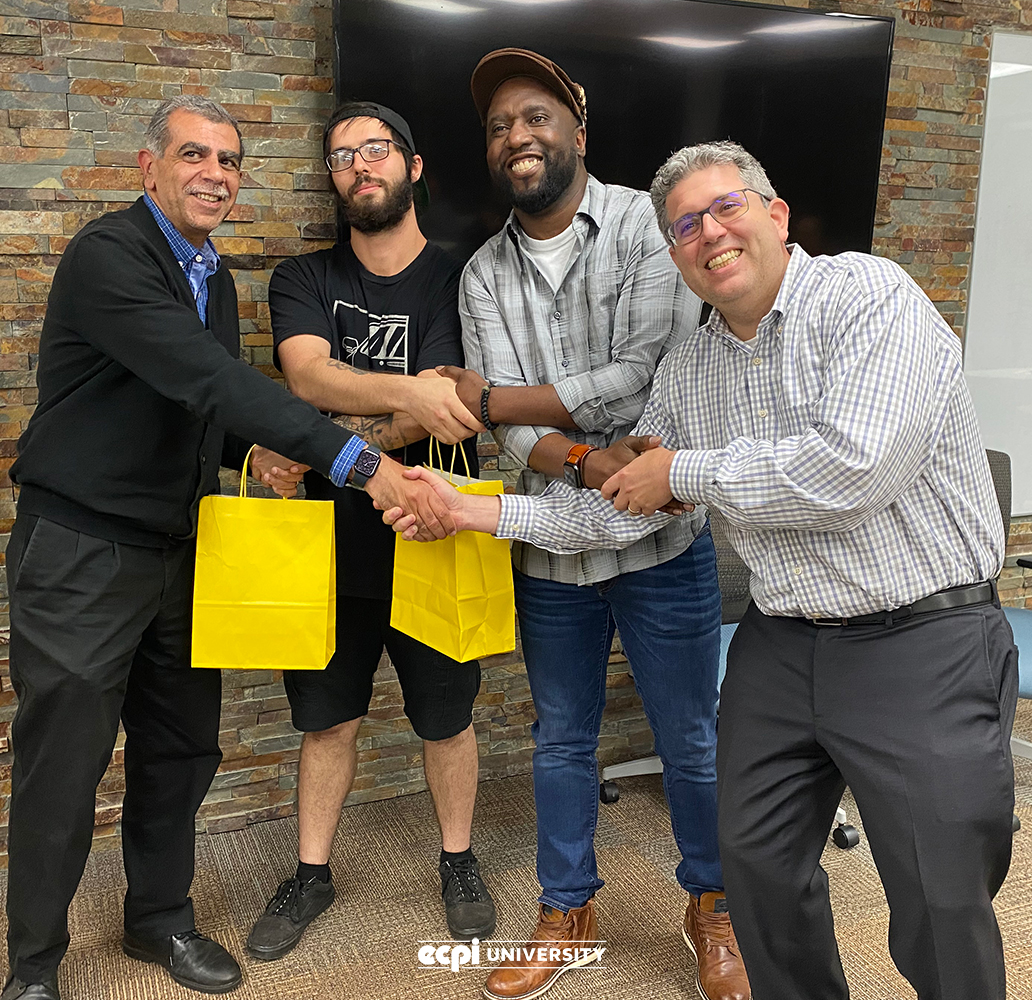 The competition was fierce, with two other finalists boasting custom-made outfits and busting some pretty sweet moves. But the duo was confident from the beginning of the endeavor.

“Mikhail is a very good programmer ... but he doesn’t know how to dance,” said Ayers. “I dance.”

“We figured out that 120 beats per minute was a good standard to match songs to,” said Shives. “Then the moves were easy.”

The pair also had a secret weapon: custom music composed by Shives.

“I’ve been in bands with my brother since high school,” he said. “It’s mostly just a hobby.”

Both students are in their first year of the Electronics Engineering Technology degree program at ECPI University in Virginia Beach, VA.

When asked what the biggest surprise of their learning experience at ECPI University has been, Ayers declared “Everything!” Shives pondered a moment before describing how much he enjoyed the experience of designing products on AutoCAD software.

As the winners claimed their prizes to the cheers of their classmates, it was clear that these two have bright futures ahead of them.