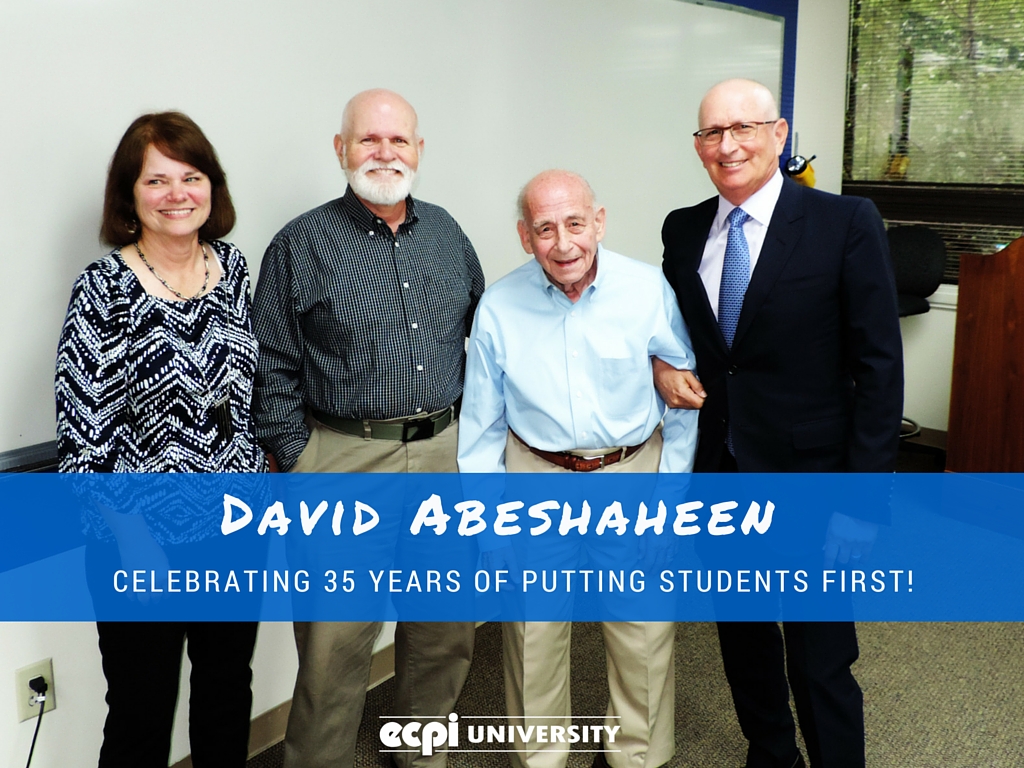 For a man who has spent most of his career in higher education, David Abeshaheen started off in a rather unlikely place. In 1981, he was manager of the Quality Shop, a men’s clothing store first opened in Norfolk, Virginia in 1917. That’s where he met ECPI University’s founder, Alfred Dreyfus. A longtime customer, Mr. Dreyfus began to take note of David’s dedication and commitment to customer service. So, he decided to recruit him to join ECPI University. 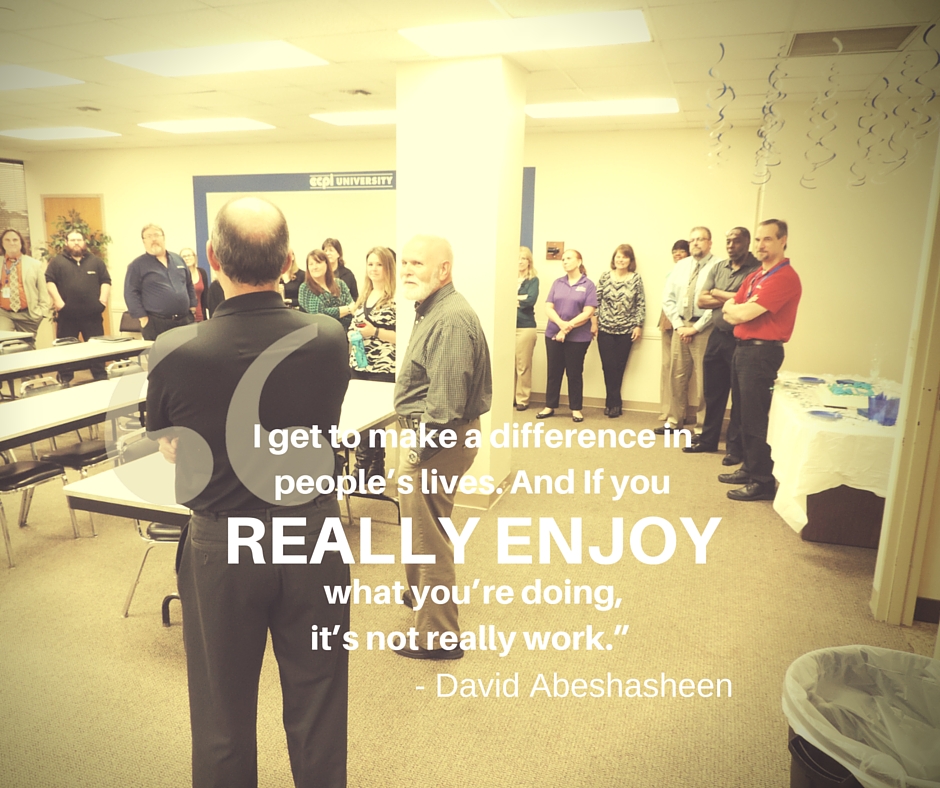 David began in the career services department, an ideal fit for someone with a talent for customer service. He would go on to become director of the department and, in 1995, became ECPI’s first director of continuing education, a role he maintains to this day. “David represents everything that defines ECPI University,” says ECPI University President Mark Dreyfus. “He always puts students first and is an integral part of our culture of student success.”

Under David’s leadership, the Continuing Education Department has grown to serve a special and very specific need.

“There are a lot people out there who may not be looking to earn a degree but need a certification in order to do their job more effectively, earn a promotion, or compete for a new job,” he says. David has also forged strong relationships for manufacturer training needs with some of the region’s largest employers, including Canon, Perdue, and Philip Morris, which count on ECPI University for the services provided by David’s department.

In addition to continuing education, David is also responsible for the University’s Employment Partnership Program, as well as the Green Run Advanced Manufacturing Academy, a partnership with Virginia Beach Public Schools. While many in his position might be thinking about retirement, David says that’s still a ways off.

“I get tremendous satisfaction from what I do,” says David. “I get to make a difference in people’s lives. If you really enjoy what you’re doing, it’s not really work.” 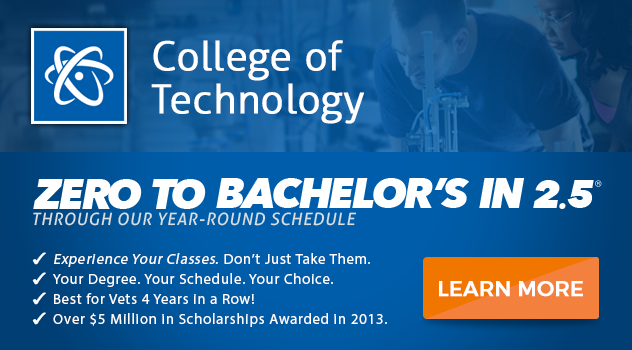